The secret of Cannes' success 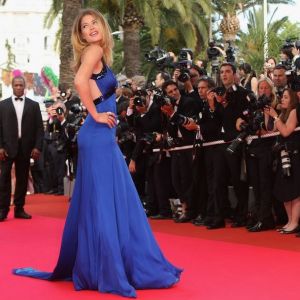 With its 67th edition starting in just a couple of weeks, Cannes Film Festival remains the most important film festival in the calendar, with stars and film professionals alike gathering from around the globe to see and be seen. So what is the secret behind the success of this festival, and why does it always create such an impression?

First and foremost, the film festival has endured thanks to continually choosing great films to screen and award. The list of past winners of the Palme D’or, the most prestigious prize on offer at the festival, reads like a beginners guide to cinema – a whistle-stop tour of important films from around the world. The truly international aspect of the festival is one of the reasons it is often regarded as more highbrow than the Academy Awards, which are sometimes accused of being too focussed on films in the English language. At Cannes, in recent years the winners have come from Thailand to Austria and everywhere in between, and this truly multi-cultural view has helped Cannes cling on to its esteem in the increasingly crowded festival marketplace.

However, although the festival ostensibly keeps the focus on the films themselves, another equally important part of its allure is the host of celebrities who turn up every year. Hardly surprisingly, at the festival where the red carpet was born, the term “media circus” doesn’t even begin to cover the hoopla which surrounds the two week event. International media coverage seems to be less interested in the films themselves and more interested in the film stars, a development not wasted on the production companies, who have clamoured to turn this to their advantage. Within hours of the opening ceremony for the festival, images of actors and actresses from around the world are splashed across the web and magazine pages, with many of them trotting out well-rehearsed sound-bites  about their latest acting endeavours. It may have once been all about the films, but the chances are more people will remember what a starlet was wearing on the red carpet that the short film shown second on the bill.

Of course, all of this is only added to by the glamour and exclusivity of the setting of the festival. Cannes is a beautiful old town on the south coast of France – its enviable location surely plays a significant part in pulling in such an international clientele and leaving such a mark on the international media. Apart from the glamorous parties of the festival itself, the south of France offers pristine beaches and glorious sunshine for the beautiful young things to sun themselves in, all of which helps to add to the A list atmosphere, and helps encourage the film set from around the world to hope on a plane.

Ultimately though, whether you think that the festival is all about the films or cynically believe that the main focus now is the celebrities, Cannes looks set to live up to all the hype once again this year. Watch this space.