The Paris Open: anyone for tennis? 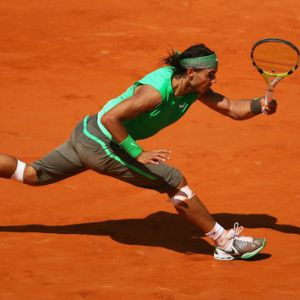 Tennis fever reached breaking point last year with Andy Murray’s spectacular Wimbledon victory, leaving us all in the mood for some more tennis action. Wimbledon is one of the four ‘grand slam’ tournaments, with the Australian Open, the US open and the world famous Roland Garros French Open completing the set. The French Open is held at the incredible Stade Roland Garros in Paris at the end of May. The most recent player to have won all four tournaments is the infamous Rafael Nadal, who at the French open itself has claimed victory in eight visits out of nine! But why wait until the end of June when you can recapture Wimbledon glory in May whilst combining this grand slam event with a Paris getaway.

The Roland Garros has five main events: the men’s and ladies singles, the men’s and ladies doubles and mixed doubles which are usually held across the three main courts. It also hosts four junior events, with girls and boys singles and doubles, and wheelchair events featuring both mens and ladies singles and doubles. The centre court boasts over 15,000 seats and was renamed ‘Court Phillippe-Chartier’ in 2001 after the famous player who was involved in both the French Tennis Federation and the International Tennis Federation after his match days. There is also ‘Court Suzanne-Lenglen’ which seats over 10,000. This was originally named Court A but was rechristened after the greatest female tennis player in France. ‘Court No.1’ seats over 3,000 and Courts 2-18 have unallocated seating and allow thousands to simply turn up and watch games in a more relaxed environment. The stadium is named after the aviator and WWI fighter pilot Roland Garros because of his frequent visits to the tennis centre whilst studying. Although it was built in its modern form in 1928, the men’s singles champions dates back as early as 1891. The creation of the stadium was the result of the events of 1927. The four French Musketeers of tennis beat all the odds whilst in the US by winning the Davis Cup and setting up a rematch a year later. Naturally the rematch needed a stadium to play host to this extraordinary event, which sparked the inception of one of the greatest tennis stadiums in the world.

This year the event is being held between May 25th and June 8th.  Its location in Paris makes it perfect for both avid tennis fans who wish to watch the whole two weeks worth of events, but also for those who prefer a relaxed environment and only wish to frequent certain games. All day tickets are just 20€, afternoon tickets 15€ and evening tickets 12€ making the event reasonably priced considering its scale in the tennis world. Equally with unallocated seating and more reasonable pricing across the smaller courts, there are a variety of different matches to watch and its prime location of Paris makes this event utterly unmissable.