French inventions that changed the world 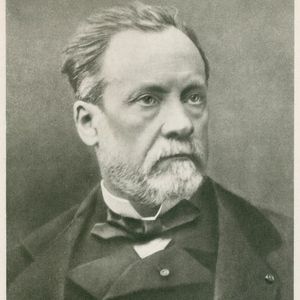 Perhaps one of France’s most famous inventions (or discoveries) is pasteurisation. Louis Pasteur was a French chemist and microbiologist who, on observing the process of fermentation, deduced that it was ‘germs’ that caused it to take place and that these could be responsible for illness in humans and animals. He then postulated that these germs were also responsible for spoiling drinks such as milk and making them unsafe to consume. He then applied heat to them to kill existing contamination, making them safer to drink for longer. This heat treatment of milk and other products is now called pasteurisation and is used widely in the food industry across the world today.

Nicolas Appert was a French confectioner and chef who experimented widely with ways of preserving fresh foods for longer. He successfully preserved a wide range of foods, from soups to fruit, by putting them in glass jars covered with cork and sealed to airtight with wax. He then placed them in boiling water to kill off existing contamination (years before the discovery of pasteurisation). A later inventor used his work to develop the canning method using tin cans instead of glass jars.

Inventors and scientists through the ages have searched for ways of keeping foods and drinks cool so that they last longer, but it was a French Cistercian monk named Father Marcel Audiffren who invented the first commercially viable household refrigerator. His invention was so successful that a version of it was patented and sold to the residential market by General Electric in the USA.

Braille is the international written ‘language’ for the blind and was invented by a young French man named Louis Braille. Louis was blinded at just three years old and, frustrated at the overly complex and ineffective methods for reading for blind people, developed his own effective yet simple reading system called ‘braille’. Braille was based on codes of raised dots used by the French military for communicating commands in the pitch black and was condensed by Louis into 6 easy to read dots. Thanks to this, Louis is now considered one of France’s great heroes and is buried in the Pantheon in Paris.

Simplifying counting, measuring and money was a much debated topic in the UK for more than a century, despite France having come up with the easiest method in the late 18th Century. The metric system is a decimalised way of counting and weighing that is heavily based on the metre and kilogram systems of France, implemented officially in 1793. The metric system (or SI) is now used by the vast majority of countries in the world and the USA is the only industrialised country that has not formally implemented the system, although many people in the UK still prefer to use the old imperial system, which is of course, much harder to learn in the first place!