It's getting closer to Christmas - drinking habits France v Britain? 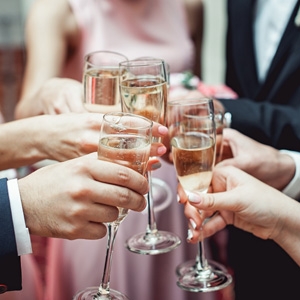 As we get closer and closer to Christmas, and the infamous work party and the neighbour’s mulled wine and mince pies festive “do” looms, many of us will be heading for an alcohol-soaked few weeks. Between the cauldrons of mulled wine, the spiced cider, the Christmas day bucks fizz; it’s easy for the build up to Christmas to roll into one long binge.

Unless, of course, you’re French!

On this side of the channel, many of us will get “merry” with friends or up our Dutch courage to ask the girl at work for a dance, and a lot of us will over do it heading firmly into binge drinking territory. And why shouldn’t we? It’s Christmas, it’s a party, and, well, it’s Christmas. As one drink rolls into five, many of us will cross that fine line between “tipsy” and “gone”.

Meanwhile, our Gallic cousins will almost definitely not be getting into such a sorry state. One of the great paradoxes of France is that for a country which drinks so much (France, perhaps unsurprisingly, takes the number one spot globally for most wine drunk per capita) - they never seem to get drunk.

The secret seems to lie in the tendency to drink little and often, meaning their huge annual consumption adds up over a couple of drinks a night, rather than following the British model of saving up all those drinks for a Friday night. What it ultimately comes down to is that French people seem much more adept at saying a polite “non” to those extra drinks that add up at the end of the night, whereas the British often want to keep the party going, adopting the mentality that because we’ve had one drink, we might as well have eight.

The only comfort is that France is becoming more English in its drinking habits. Once the reserve of “boozed up brits abroad”, France’s youth are catching on to the binge drinking trend. In fact, in the last couple of years the number of under 25s drinking more than 5 units on a regular basis in France has overtaken most other Western European countries (although, notably, not Britain yet). In fact, they are not only copying our habits, they also copying our word – its now perfectly normal to hear a young Frenchman refer to “le binge” when talking about a heavy night.

What appears to be happening is just as Britain has gazed with admiration at France’s sobriety and moderation; France is now beginning to lust after British excess and hedonism. Hangovers come and go, but memories of nights ending with everyone belting out “Santa Claus is coming to town” are few and far between. France may have a better morning after, but Britain owns the night before.

So this wintertime, it may be time to choose your camp. As the holly starts to go up, the presents get bought, and the alcohol starts to flow, will you be following France along the road of moderation to a civilised festive season, or partying along with Britain to a very Merry Christmas? Either way - cheers!